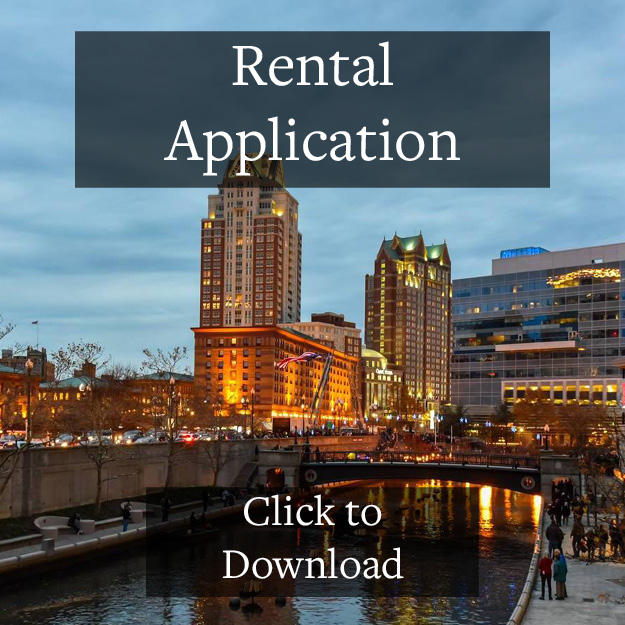 I’ve always had an inexplicable knack for finding cool apartments. For years, my friends and family members would enviously (I thought) shake their heads and ask how I found these extraordinary places. I just had some bizarre gift for finding great spots. I’ve been a homeowner for some time now – about a decade, so this was pre-internet. When I was in the market for a new place, I’d generally just ask around or identify a cool property and presumptuously ask the owner if they were interested in renting. It generally worked pretty well – I always had the coolest, most unique apartments.

I worked in the restaurant business for years, ‘back of the house’, in the mid-90’s. It’s a transient business populated by eclectic people from all over, and there’s a fraternal vibe especially amongst cooks, who often lived and hung out together. My fellow cook friends and I needed a place to live at one point, so I scoped out this amazing loft in downtown Providence that appeared to be empty, looked up the tax records and wrote the owner a letter: ‘would you consider renting the place to a few cooks? We work all the time, would have no problem with the rent…’. Well, the owner, a well-known property owner in Providence, actually responded in that case that he wasn’t actively looking to rent it, wouldn’t allow college kids, but maybe he’d reconsider and let the place to some young, responsible professionals. Here we were, a bunch of 20-something guys living in a 3000 square foot loft, downtown Providence. Three bedrooms and a massive brick room for entertaining, open kitchen with high-end appliances, a full balcony overlooking Weybossett Street, and a rooftop deck. It was the 90’s and we were living on the set of The Real World, essentially.

At a later point, I moved to a beautiful little charming place overlooking the park in the ‘Armory’. I’d been shown the apartment which was on the second floor of a beast of a beautiful, ornate Victorian, and I circled back with the landlord, asking, ‘Would you accept $550?’. Reminding me the place was actually $750, we agreed on $600. Two fireplaces, a built-in sound system in the jacuzzi tub, massive 1000’ living room, and so on. Quintessentially West Side, that Parade Street apartment made me fall in love with the neighborhood. It was my first place on the West Side, a community now very close to my heart.

There was the second floor on Pine Street – the entire floor in a historic home where the walls had been taken down to create one big open loft. The place had a Viking range, and I put in a wood burning stove and a mahogany roof deck. I went from there, to living on Depasquale Plaza in Federal Hill. Romantic, brick-floored European pedestrian plaza, lined with stores and cafes, and with a huge fountain into which tourists would throw coins. I lived over a little restaurant, so in the summer you could open the windows and listen to the cafes battle it out with Italian music. I’d play bocce with the old-timers when the weather was nice, and walk over to Pastiche for an espresso in the morning. I have fond memories of living in Providence’s Little Italy.

Great places, and I’m still obsessed with unconventional / extraordinary living spaces, unique architecture, and high quality rental properties in Greater Providence. This affinity was part of the impetus for the creation of BLACKSTONE LUX – to address the thriving leasing market in this great city. As a tenant looking for a rental in Providence, the frustration is real – there’s no one-stop resource to find updated, quality listings. Trying to navigate multiple outlets and coordinate showings that often have an intermediary agent who may or may not return calls, can be exasperating. Landlords finding great tenants, well that’s even more difficult. How to price it? Where to advertise? How much time to devote to vetting and interviewing and FaceTime-ing? BLACKSTONE LUX effectively covers these bases, once and for all. For a tenant or landlord, it’s having your own personal apartment whisperer, from that first email, to signing the lease and grabbing the keys.

Ben Guglielmi, Sales Associate
[THE BLACKSTONE TEAM]
Related Articles
Lifestyle Five New Providence Restaurants     Bayberry Garden/225 Dyer Street  This is our top of the list, a new concept from the owners of Bayberry Beer Garden on the West Side. This is in the Jewelry District, in the CIC Building on the western side of the new footbridge. Classy inside and comfortable outside. Curated cocktails, beer and wine. […]
Real Estate Know Who Your Agent Represents [ THE BLACKSTONE TEAM ] STATEMENT ON THE PRACTICE OF DUAL FACILITATION / DOUBLE-ENDING  Do You Know Who Your Agent Represents?   [THE BLACKSTONE TEAM] Does Not practice Dual Facilitation.  Also referred to as Double-Ending, Dual Facilitation is the practice of one agent managing the relationship with both sellers and buyers in a single real estate transaction.  Most buyers and sellers […]
Community Greater Providence: 5 things to do now, that *aren’t Netflix 1. Go on an urban hike. One of my favorites is Neutaconkanut Hill Conservancy. You don’t need to know how to pronounce it to find it. Just ten minutes from downtown at 721 Plainfield St., the park is (generally) active with skaters and pickup basketball games. Beyond the park itself, just west of the soccer field is […]